The relationship between artist-partners Tomas (Stellan Skarsgård) and Anja (Andrea Bræin Hovig) is put to the test after Anja gets a life-threatening diagnosis, in this probing and affecting film from Maria Sodahl (Limbo, The 7 Deadly Sins). 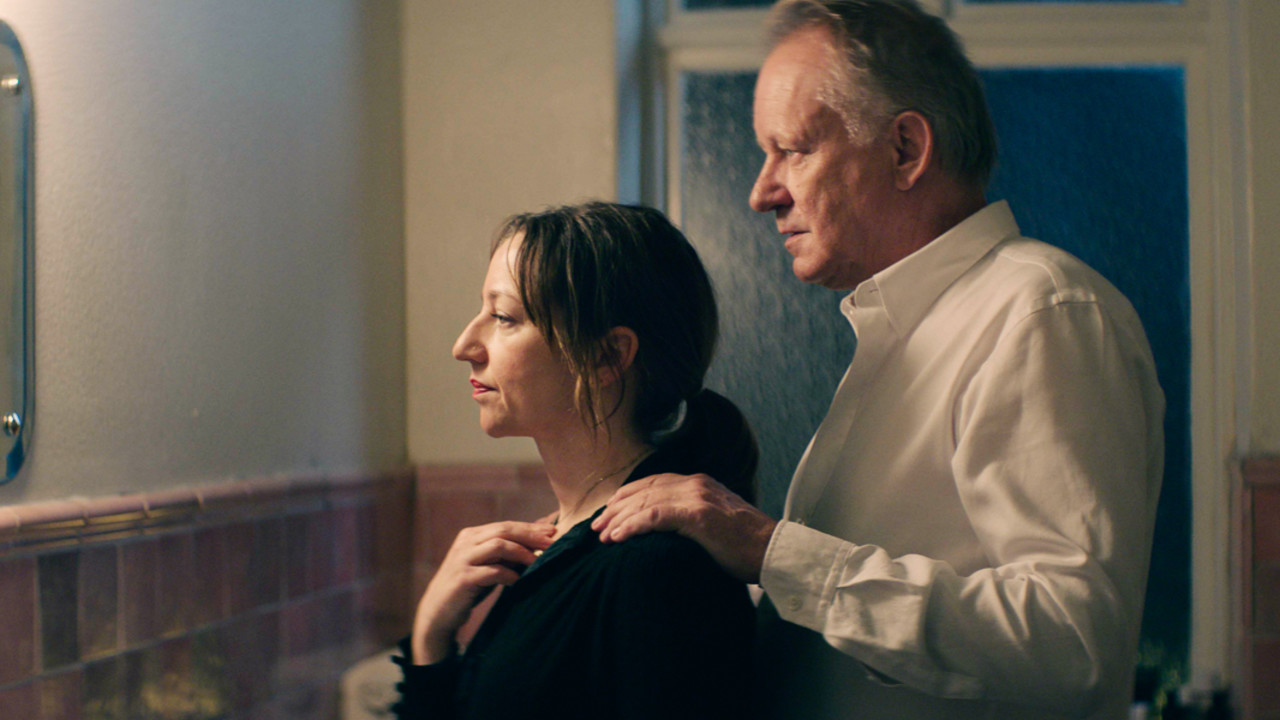 Anja (Andrea Bræin Hovig) and Tomas (Stellan Skarsgård), the principals in Maria Sødahl's moving Hope, adore their careers in dance and theatre. Their blended family structure is complicated, with two young sons and an adolescent daughter from their own union and two adult children from Tomas' marriage. Returning home after the triumphant international debut of a ballet she directed, Anja finds Tomas is working late, a galling abnegation of responsibility in her eyes. Then her physician gives her a dire diagnosis: she has an inoperable tumour that may be connected to the lung cancer for which she was successfully treated the previous year.

A long-time superwoman who's been compensating for an often absent, workaholic husband, Anja soldiers on, refusing to tell anyone but Tomas what's happening — and becoming increasingly exasperated by her children's blissful ignorance, while only intermittently buoyed by Tomas' support. The next few days will test the strength of their relationship more than any other challenge they've faced.

A clear-eyed, adult love story about the sacrifices we're sometimes called upon to make for those closest to us, and a probing exploration of the frenzied, often obsessive, and atomized nature of contemporary life, Hope courageously asks us what we really consider important — and whether we can pursue our ambitions while living up to our ideals and obligations. Subtly directed by Sødahl, the film is propelled by Skarsgård's and Hovig's deeply affecting turns.