Festival favourite Michael Winterbottom skewers the fast-fashion industry in this scathing farce about the grotesque inequality between a retail billionaire (Steve Coogan) and the female garment workers who toil on his trendy clothing line. 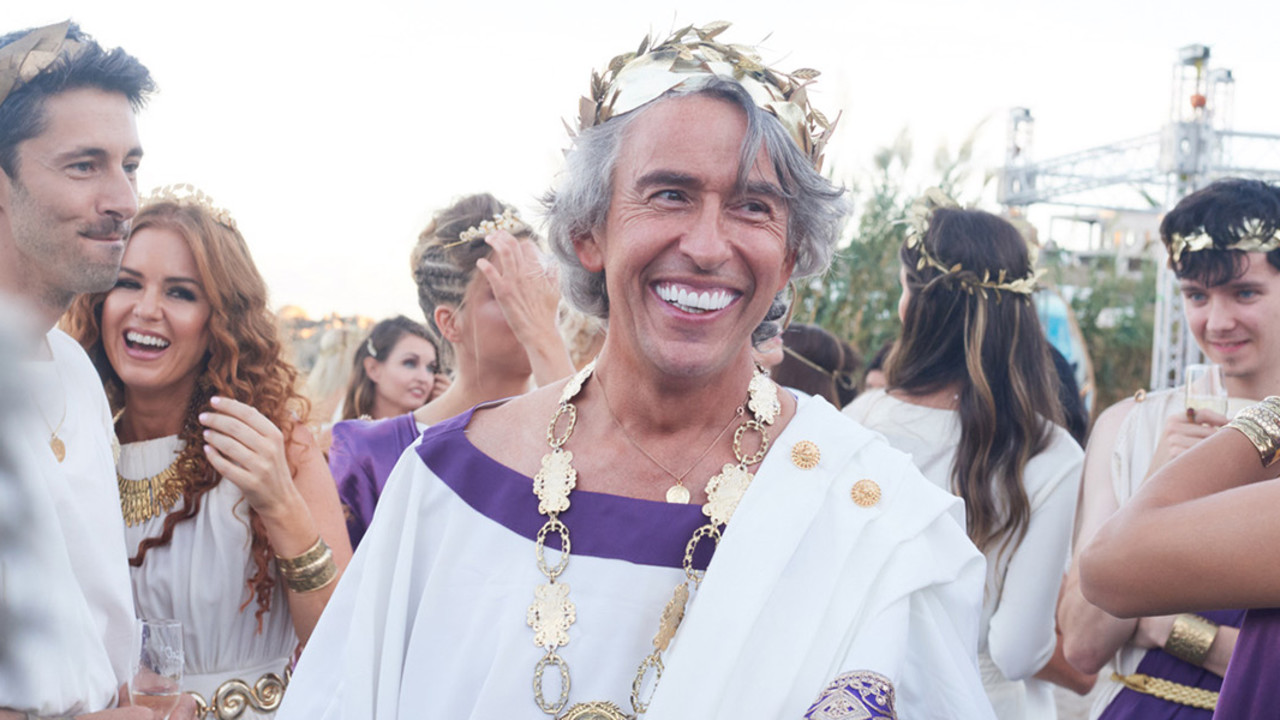 If ever we want reminding of the dilemmas our consumer goods create, we needn't look further than the clothes on our backs. This needle-sharp satire from Michael Winterbottom rips open the contract that offers cheap clothes to buyers, vast wealth to owners, and punishing conditions to workers at the coal face of fast fashion. Reuniting with his The Trip collaborator Steve Coogan and co-writing with Sean Gray (Veep), Winterbottom delivers a scathingly funny farce.

London-based high-street billionaire Richard McCreadie (Coogan) is preparing for a lavish celebration of his 60th birthday on the Greek island of Mykonos. The occasion is overseen by a reality-TV camera crew, and a writer (David Mitchell) hired to craft McCreadie's hagiographic biography with assistance from McCreadie's ex-wife (Isla Fisher) and dutiful subordinate (Sarah Solemani). Meanwhile, refugees from Syria have set up camp on a nearby beach, much to the conster-nation of hotel staff and local authorities. As preparations barrel ahead and obstacles mount in tandem, horrendous truths regarding McCreadie's past are revealed — and long-standing animosities threaten to derail the entire enterprise.

Winterbottom, whose filmography shuttles between wild comedy and intense drama, sets his story on a breakneck trajectory from scene one, and Coogan eats up the opportunity to savage a character defined by raw greed. Forming a perfectly timely double-bill with Rubaiyat Hossain's Made in Bangladesh, also screening at the Festival, Greed is the wild, hilarious spark to think more deeply about your jeans and T-shirts.