In this neo-noir tale from Romanian auteur Corneliu Porumboiu (Police, Adjective, 12:08 East of Bucharest), a corrupt cop — under surveillance while participating in a mob plot in the Canary Islands — must communicate with his accomplices in an Indigenous language based on whistling. 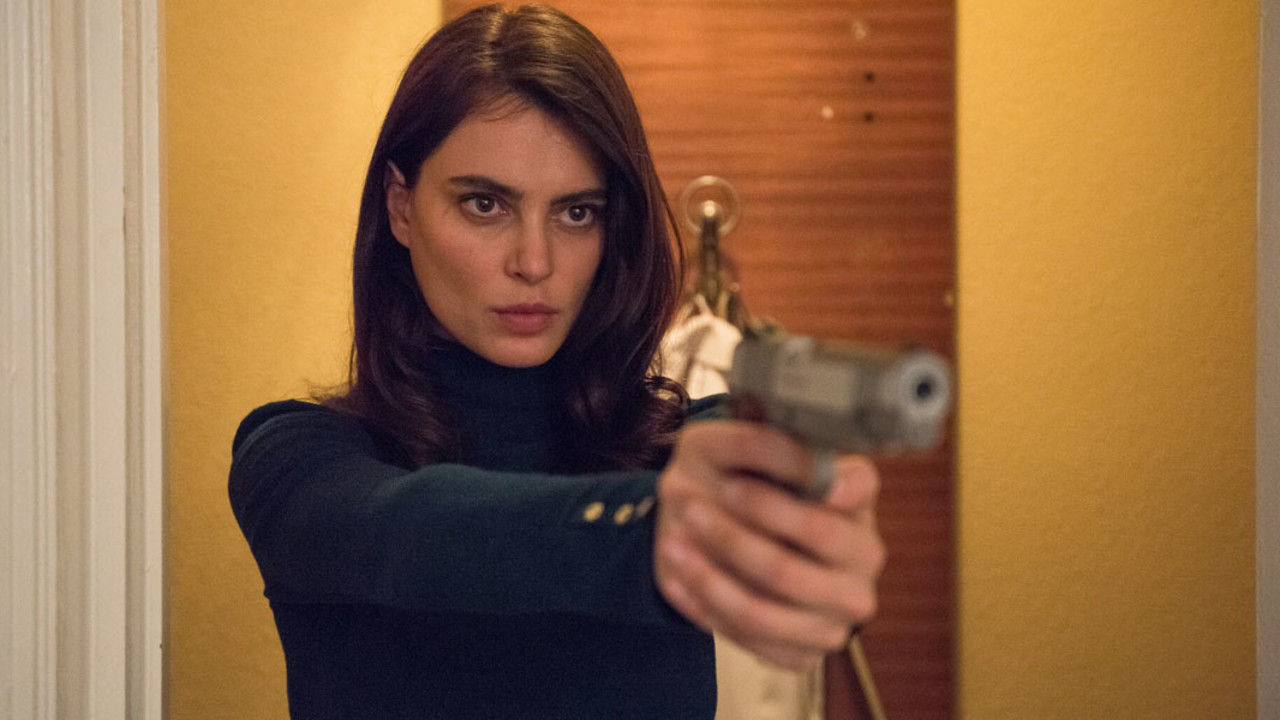 Along with such directors as Cristi Puiu and Cristian Mungiu, Corneliu Porumboiu was one of the key members of the Romanian New Wave that emerged in the early 2000s, which broke out on the international stage with their incisive portraits of a society transitioning from communism to capitalism. Like those of his compatriots, Porumboiu's films are distinguished by their precisely observed realism, rigorous minimalism, and dark humour — all of which are once again on display in his new film, his second take on the crime-movie genre following his 2009 masterpiece Police, Adjective.

Corrupt cop Cristi (Vlad Ivanov) travels to the Canary Island of La Gomera, where he collaborates with mobsters in order to try and free a shady Bucharest businessman named Zsolt (Sabin Tambrea), who is believed to know the whereabouts of a mattress containing millions in cash. Under heavy surveillance on the island, Cristi is taught by the local gangsters and a femme fatale, appropriately named Gilda (Catrinel Marlon), to communicate in an indigenous whistle language called "El Siblo," which is unintelligible to the police because it sounds like bird calls. Full of double-crossings and unexpected twists and turns, Porumboiu's neo-noir thriller is an intelligent, entertaining, deadpan-funny caper that explores the limitations of language while at the same time using it as a poetic form of resistance.