Martin Scorsese’s documentary about the 1976 farewell concert for roots-rock supergroup The Band is commonly regarded as one of the greatest concert films ever made. 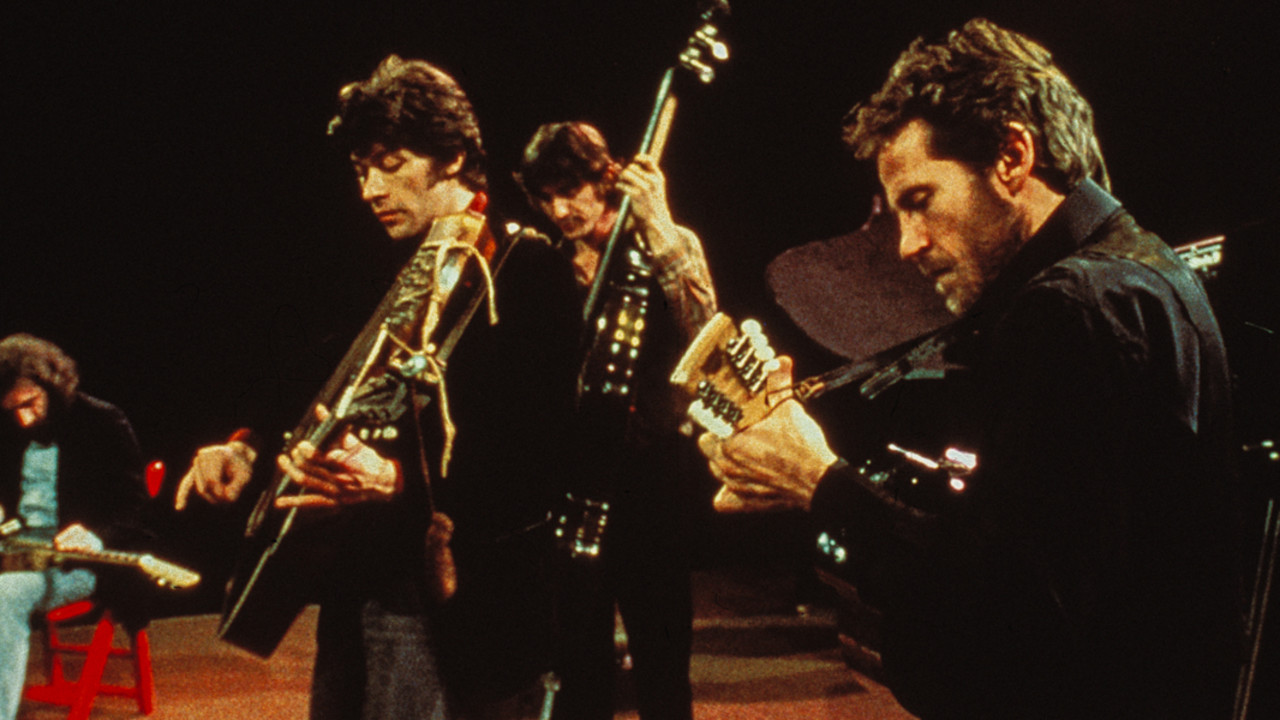 This screening will be introduced by Martin Scorsese and Robbie Robertson.

A natural companion piece to this year's Opening Night film, Once Were Brothers: Robbie Robertson and The Band, Martin Scorsese's documentary about the 1976 farewell concert for the roots-rock legends at San Francisco's Winterland Ballroom is commonly regarded as one of the greatest concert films ever made. The show's bill had quickly swelled into an all-star affair in the lead-up to the Thanksgiving Day performance, and the film followed suit. Abandoning the original plans for a simple 16mm document, Scorsese brought in seven 35mm cameras (under the care of legendary cinematographers Laszlo Kovacs and Vilmos Zsigmond), painstakingly storyboarded every single number, and subsequently shot additional performance footage on an MGM soundstage.

While the ensuing years have brought many stories of the intra-band tensions, logistical hurdles, and reputedly astronomical backstage drug use that surrounded this momentous musical event, the performances on stage (and on screen) are joyous, propulsive, and glorious. Taking the stage with their original five-man lineup for the last time, The Band (Robertson, Rick Danko, Richard Manuel, Garth Hudson, and Levon Helm) tears through many of their classics — including "Up on Cripple Creek," "The Night They Drove Old Dixie Down," and "The Weight" — and they are joined by a slew of special guests, including their old mentor Ronnie Hawkins, Dr. John, Eric Clapton, Ringo Starr, Muddy Waters, Emmylou Harris, Neils Young and Diamond, Joni Mitchell, The Staple Singers, Van Morrison (memorably ending a rendition of "Caravan" with a chemically fuelled high kick), and Bob Dylan.