An aging filmmaker (Antonio Banderas) grapples with an uncertain future and the circumstances that shaped his successful but troubled life, in Pedro Almodóvar’s self-reflexive consideration of identity and desire. 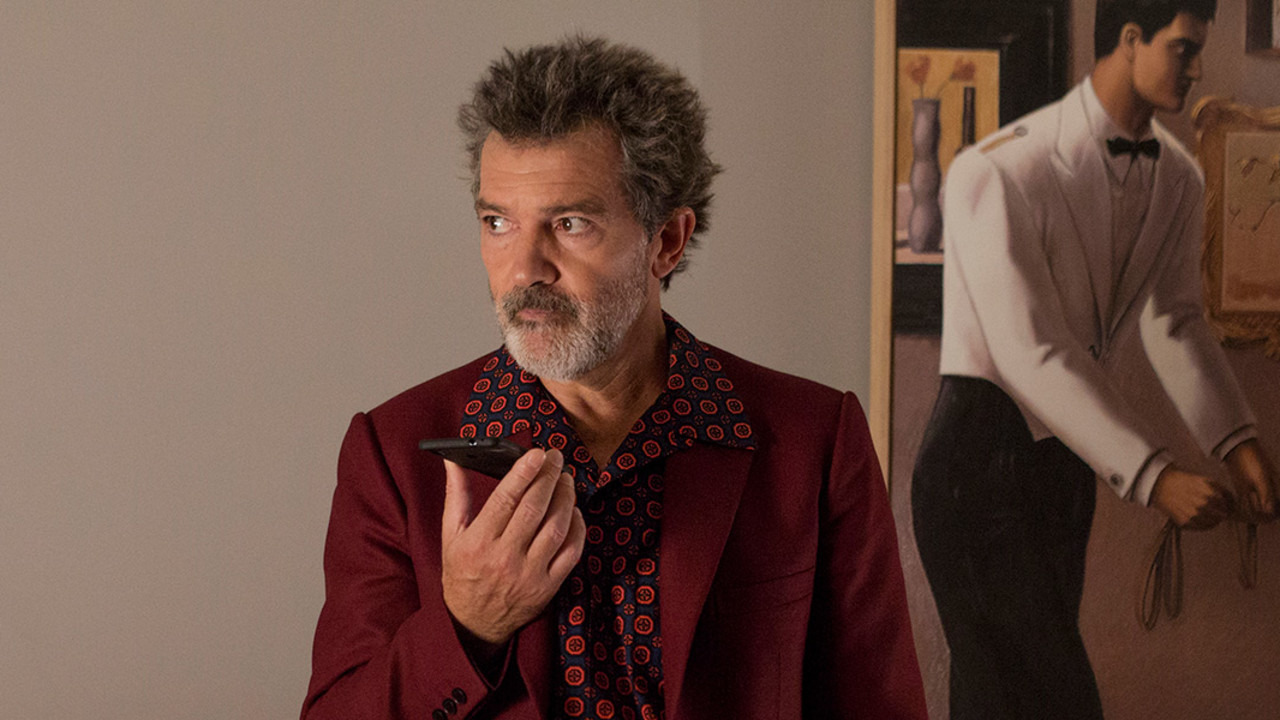 A deeply personal work from one of the world's foremost filmmakers, Pain and Glory is pure Almodóvar: inventive and irreverent, poignant and exhilarating. Chronicling the existential odyssey of a filmmaker confronting the autumn of his life, the Spanish auteur's 21st feature immerses us in the thrall of memory (and the fleeting bliss of narcotics) while celebrating art as a balm for the burdens of mortality.

Afflicted with creative stagnancy and a cluster of physical ailments, Salvador (Antonio Banderas, who won the Best Actor prize at Cannes and who is also at the Festival in The Laundromat) finds himself drifting into uncharted waters when a revival screening of his controversial classic Sabor reunites him with that film's star, Alberto (Asier Etxeandia).

A longtime junkie, Alberto lures Salvador into seeking solace in opiates, and also reminds him of a script that Salvador wrote and abandoned long ago. Along with this forgotten text comes a flood of old acquaintances and vivid memories, some involving Salvador's beloved mother (Penélope Cruz, also at the Festival with Wasp Network), others to do with an old flame ravaged by addiction.

Infused with dazzling colour and emotional dynamism, Pain and Glory marks another inspired collaboration between Almodóvar and his core creative team of cinematographer José Luis Alcaine, production designer Antxón Gómez, and composer Alberto Iglesias. It's the cast, however, who render this memoir-fiction hybrid so achingly resonant. Cruz, who was nominated for an Oscar for her work in Almodóvar's Volver, imbues her role with her trademark vivacity, while Banderas has never been more charismatic and moving in a role at once grounded in authentic experience and elevated by flights of wild imagination.