Part of his informal trilogy of historical correctives, Sergei Loznitsa's latest compiles unique, unseen, or long-forgotten archival footage of Joseph Stalin's 1953 funeral, and is the director’s most visually stunning film to date. 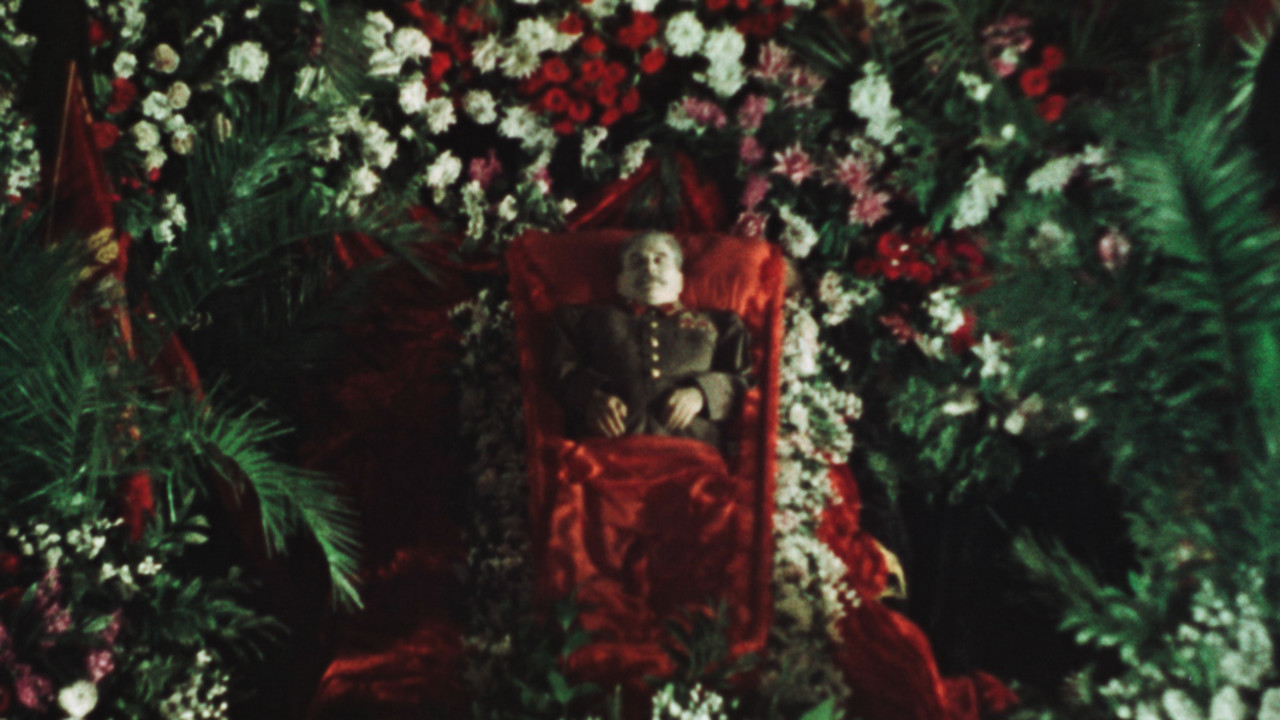 On March 5, 1953, a shadow of death fell upon the 22.4 million square kilometres of the Soviet Union. After a serious illness, General Secretary of the Central Committee, leader of the world proletariat, Generalissimus of the USSR, Joseph Vissarionovich Stalin, passed away unexpectedly in Moscow. The entire country stopped. All walks of society mobilized to take part in The Great Farewell, a four-day funeral-turned-stampede, in which many perished. Those who couldn't attend gathered for meetings of remembrance in their cities, towns, and villages, at their plants and factories, schools and universities, to support each other in a time of despair and uncertainty. While it is estimated that over 8.9 million people died under Stalin, hundreds gather to mourn on the anniversary of his death to this day. His cult of personality prevails.

In State Funeral, unique, unseen, and long-forgotten archival footage — mostly in colour, with a dominance of garish Kremlin red — presents Comrade Stalin's nationwide valediction as the culmination of Soviet ritual and terror-induced delusion.

Part of Sergei Loznitsa's informal trilogy of historical correctives, after The Event (2015) and The Trial (2018), State Funeral is his most visually stunning film to date, a bone-chilling deconstruction of the ceremony that ended one of history's bloodiest regimes. Here is unprecedented access to the grotesque, tyrannical, and absurd experience of life and death under the so-called Red Tsar, the originator of Fake News, whose legacy haunts the contemporary world.