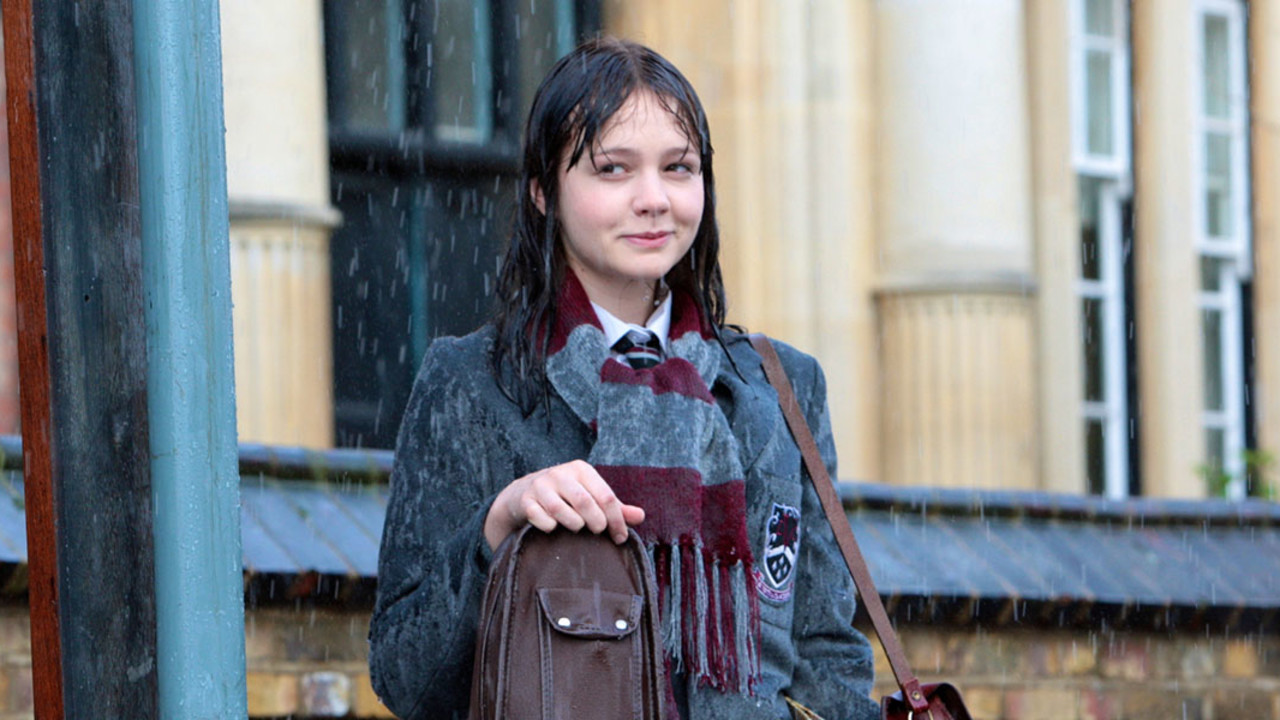 Screenings on the Street: An Education

It's 1961 in the London suburb of Twickenham, and bright sixteen-year-old Jenny (Carey Mulligan) is on the cusp of womanhood, fantasizing about a more sophisticated, refined life while smoking Gauloises cigarettes. Though she feels smothered by her own adolescence, Jenny is an assiduous, cello-playing schoolgirl with a real chance of landing a spot at Oxford University. Her path takes a turn, however, when she meets David (Peter Sarsgaard), a man who seems to embody her every fantasy. David soon replaces Jenny's traditional schooling with his own brand of education: art auctions, smoky clubs, classical concerts, and late-night dinners with his stylish yet inane friends (played with verve by Dominic Cooper and Rosamund Pike).