An Icelandic woman takes on the corruption of her local co-op and the outdated, exploitative system that supports it, in the latest from acclaimed filmmaker Grímur Hákonarson (Rams). 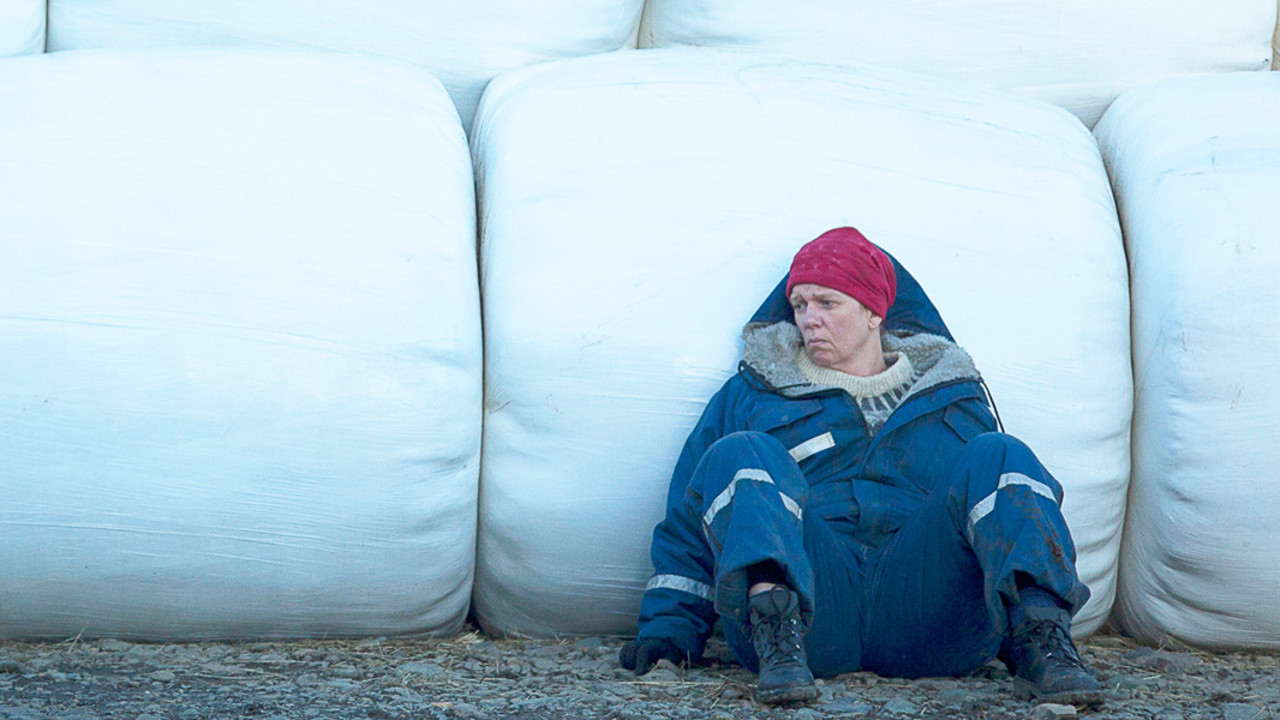 The co-op system in Iceland arose in the early 20th century as a response to Denmark's centuries-old monopoly on trade; however, in many instances, these supposed mutual-aid societies grew to be as exploitative as the system that preceded them. In The County, Grímur Hákonarson — whose 2015 film Rams won the top prize in Cannes' Un Certain Regard section — tells a powerful David-and-Goliath tale about an independent farmer whose defiance of her local co-op brings her face to face with its sinister underside.

Inga (Arndís Hrönn Egilsdóttir) has always questioned the slavish devotion of her husband, Reynir (Hinrik Ólafsson), to the co-op, even as the co-op's debt has spiralled out of control and their prices remain much higher than those of their competition. When disaster strikes, Inga decides to openly take action against the co-op via social media. As her campaign progresses, she soon finds out just how low her adversary is willing to go.

As in Rams, Hákonarson illustrates how the harsh conditions that rural Icelanders face have bred an innate conservatism and a fealty to the status quo, which some hold true to even as it threatens their own well-being. Driven by Egilsdóttir's gritty and moving performance (and featuring a fine turn from Rams star Sigurður Sigurjónsson as the co-op's sleazy, self-assured director), and subtly directed by Hákonarson — one of the region's finest filmmakers — The County brilliantly explores how Iceland's cherished myth that all its citizens are equal can blind some of its hardiest and most independent people to their own exploitation.