Acclaimed French artist and filmmaker Éric Baudelaire's latest is a collective project with students at a junior high school in a Paris suburb, about friendship, emancipation, trust, and the act of filmmaking for a generation raised by selfies and YouTube. 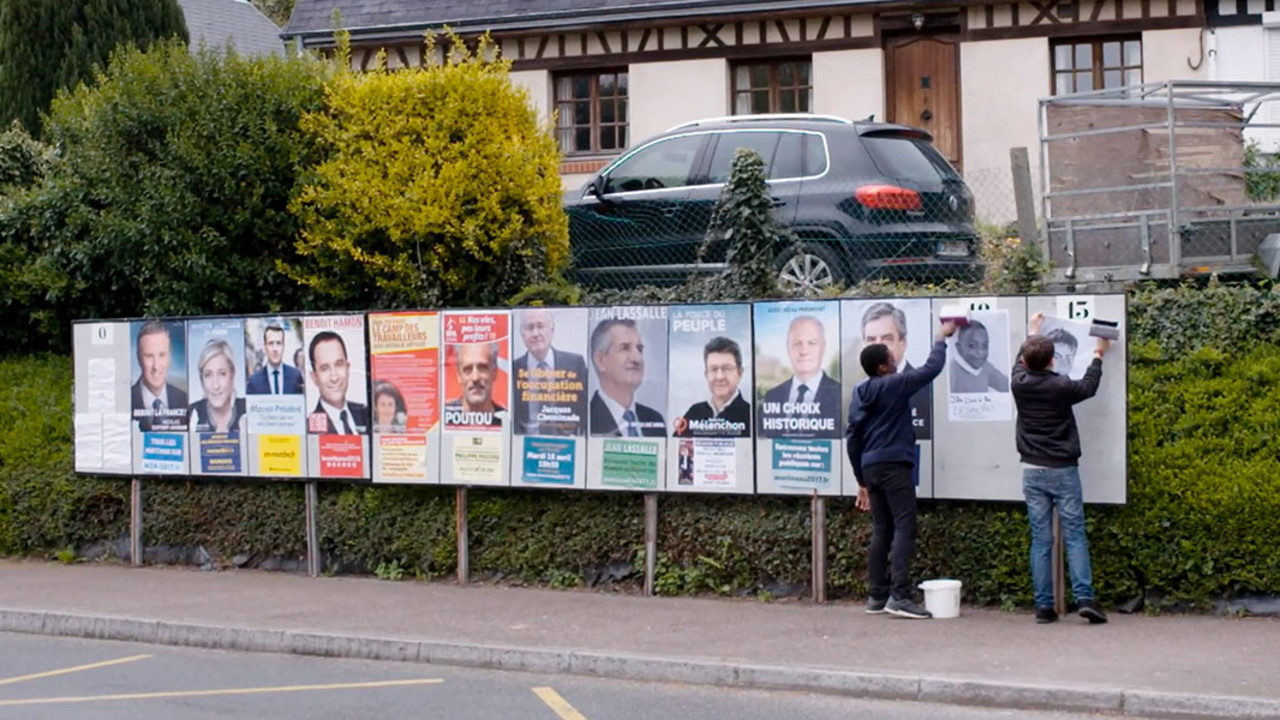 Acclaimed French artist and filmmaker Éric Baudelaire's body of work is wide-ranging and tentacular. Valuing long-term research and collaboration across different projects, Baudelaire develops close bonds with his subjects over time, producing work that inevitably and purposefully problematizes the question of authorship. His latest project, Un Film Dramatique, comes on the heels of his much deserved nomination for France's prestigious Marcel Duchamp art prize.

First initiated in autumn 2015 as a documentary about the newly constructed Dora Maar junior high school in the Paris suburb of Saint-Denis, the final film has transformed, over regular shooting sessions with students from the school's film group, into an amorphous and ebullient collective project. At once a portrait of a diverse group of students during critical years of growth, captured at a time of political upheaval locally and globally, Un Film Dramatique is also a film about friendship, emancipation, trust, performance, and, in particular, the act of filmmaking for a generation raised by selfies and YouTube.

Charming, and deceptively simple, the work's political might emerges in small, magical gestures. As the kids grow and mature, the passage of time is felt rather than announced, most notably in their increasingly sophisticated footage: bold, courageous steps towards making work that matters to them, that responds to their questions, that confronts their place in the world. Neither documentary nor fiction, the film poses a conundrum of what it is the students are creating, individually and collectively. As time alters their bodies and shared conversations, they emerge as not only subjects of their film, but also of their own lives.