The iconic Merce Cunningham and the last generation of his dance company is stunningly profiled in Alla Kovgan's 3D documentary, through recreations of his landmark works and archival footage of Cunningham, John Cage, Robert Rauschenberg, and more. 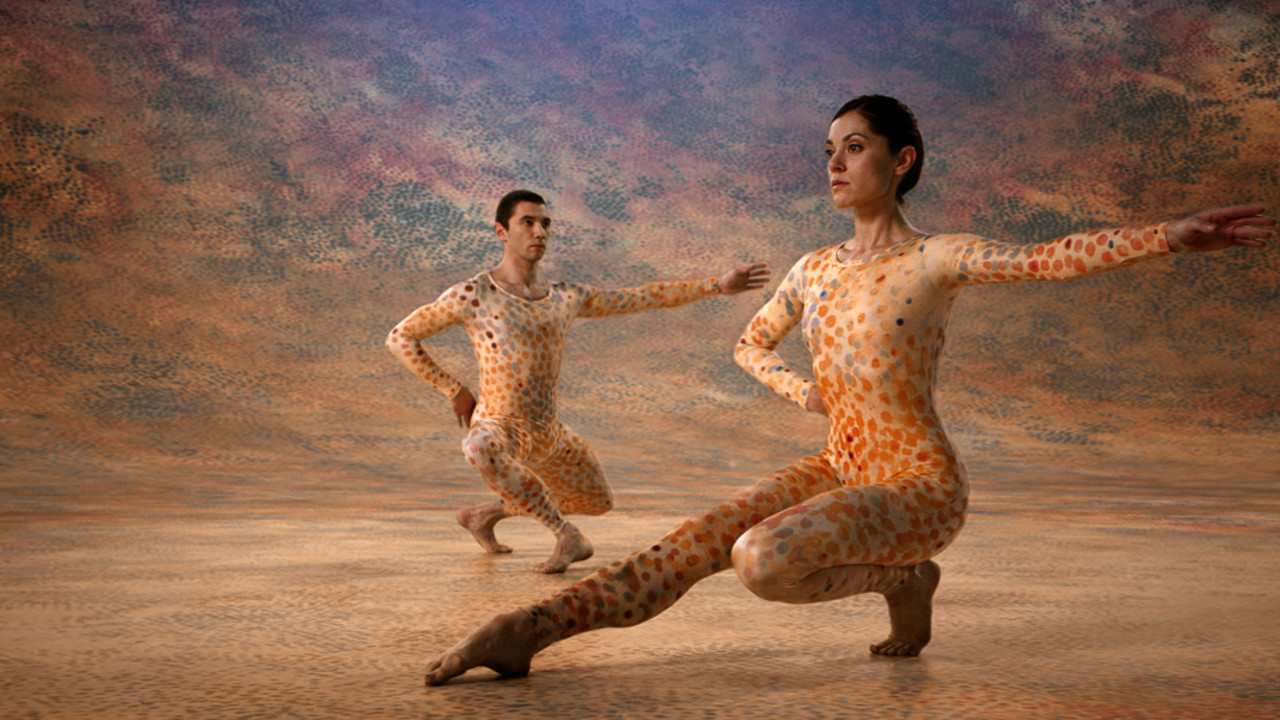 Even for those who know little about dance, Merce Cunningham is a recognizable name — an iconic figure in his field. His mid–20th century collaborations with composer John Cage (his lifelong partner) and visual artist Robert Rauschenberg were central to an era of transformation. Cunningham resisted "avant-garde" or any other label. "I don't describe it. I do it," he once said.

Now, with Cunningham, we have a chance to experience what he did. Filmmaker Alla Kovgan assembles the last generation of Cunningham dancers (led by Merce Cunningham Dance Company assistant director of choreography Jennifer Goggans) to present landmark works from the Cunningham repertoire. The film concentrates on the three decades from 1942 to 1972 when Cunningham was making his reputation. Gorgeously shot in 3D, Cunningham brings us closer to these works than any audience has ever been before. Taking an inventive approach with locations, the film places dancers in evocative backdrops such as a tunnel, a high-rise rooftop, and a forest.

These current-day performances are interlaced with archival footage of Cunningham speaking and moving. We also hear illuminating interviews with Cage, Rauschenberg, and members of the original Merce Cunningham Dance Company, who endured years of rejection and outrage before they slowly won over audiences.

"I never believed that idea that dancing was the greatest of the arts," said Cunningham. "But when it clicks, there's the rub. It becomes memorable. And one can be seduced all over again." Whether you come to Cunningham as a neophyte or an aficionado, you'll leave with a rich experience of his art.