Michael B. Jordan, Jamie Foxx, and Brie Larson star in the powerful true story of Harvard-educated lawyer Bryan Stevenson (Jordan), who goes to Alabama to defend the disenfranchised and wrongly condemned — including Walter McMillian (Foxx), a man sentenced to death despite evidence proving his innocence. Bryan fights tirelessly for Walter with the system stacked against them. From director Destin Daniel Cretton, based on the book by Stevenson. 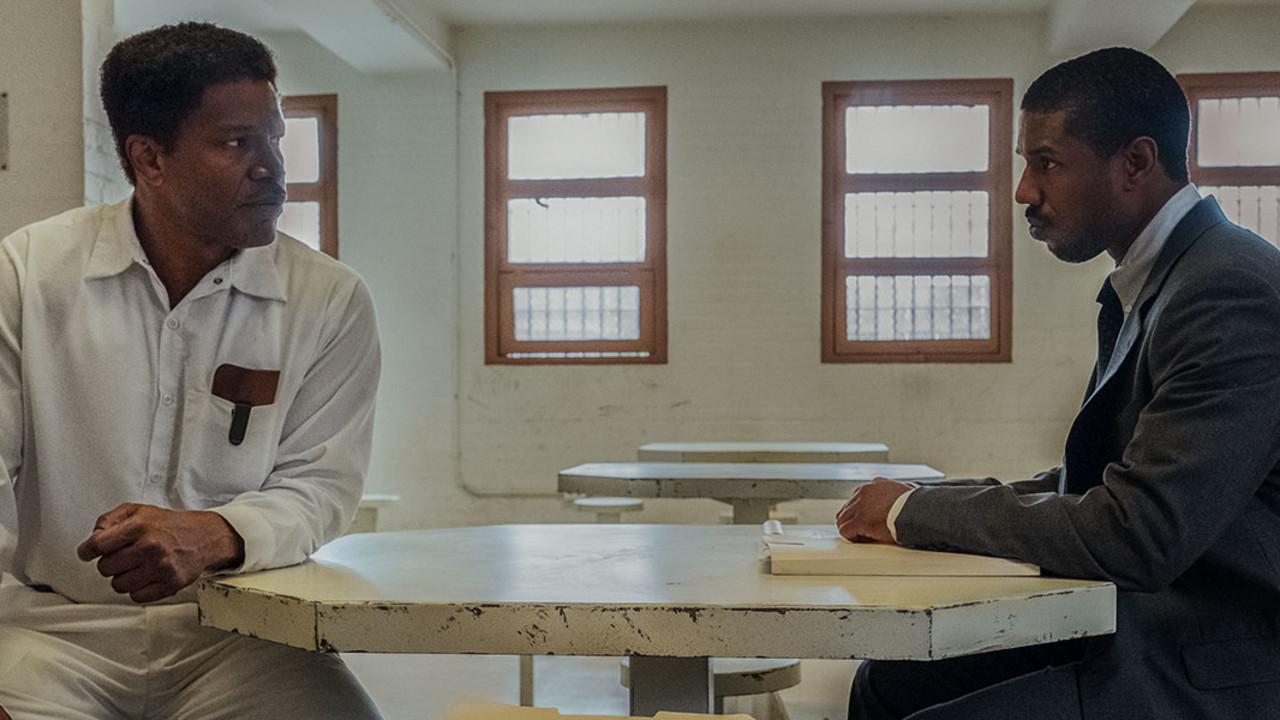 The press conference for this film will be held on September 7. Please visit the event page for the livestream link.

Some films have the depth, grace, and emotional power to feel like classics from the very first viewing. Just Mercy is that film. Michael B. Jordan, Jamie Foxx, and Brie Larson lead an impressive cast in Destin Daniel Cretton's deeply moving drama of justice in America.

Bryan Stevenson (Jordan), a Harvard law graduate, turns his back on more comfortable and lucrative work, returning south to help prisoners in Monroe County, Alabama. With the help of Eva Ansley (Larson), a local equally committed to prisoner's rights, he sets up a small office to take on the most challenging of cases — death row inmates. It's 1989, but walking into the W.C. Holman Correctional Facility is like stepping back into the South before Civil Rights.

Walter McMillian (Foxx) was arrested for killing a white woman, pushed through a shoddy trial, then deposited on death row, where he joined other desperate men who may or may not have committed the crimes that landed them there. The local authorities are actively indifferent to the truth of these men's cases, but Stevenson and Ansley are determined to hold the justice system accountable.

Jordan adds new layers to the intensity and commanding presence he brought to the Creed movies and Black Panther, while Foxx (Ray, Collateral) gives one of the best performances of his career. Cretton (Short Term 12) crafts each performance, each scene, in Just Mercy to add to the cumulative power of a film that is not just a true story, but a story committed to revealing truths.