The seemingly separate lives of an anxious, disillusioned teen girl and a troubled, alienated man converge fatefully in this haunting exploration of womanhood, isolation, and toxic masculinity, set in 1980s Newfoundland. 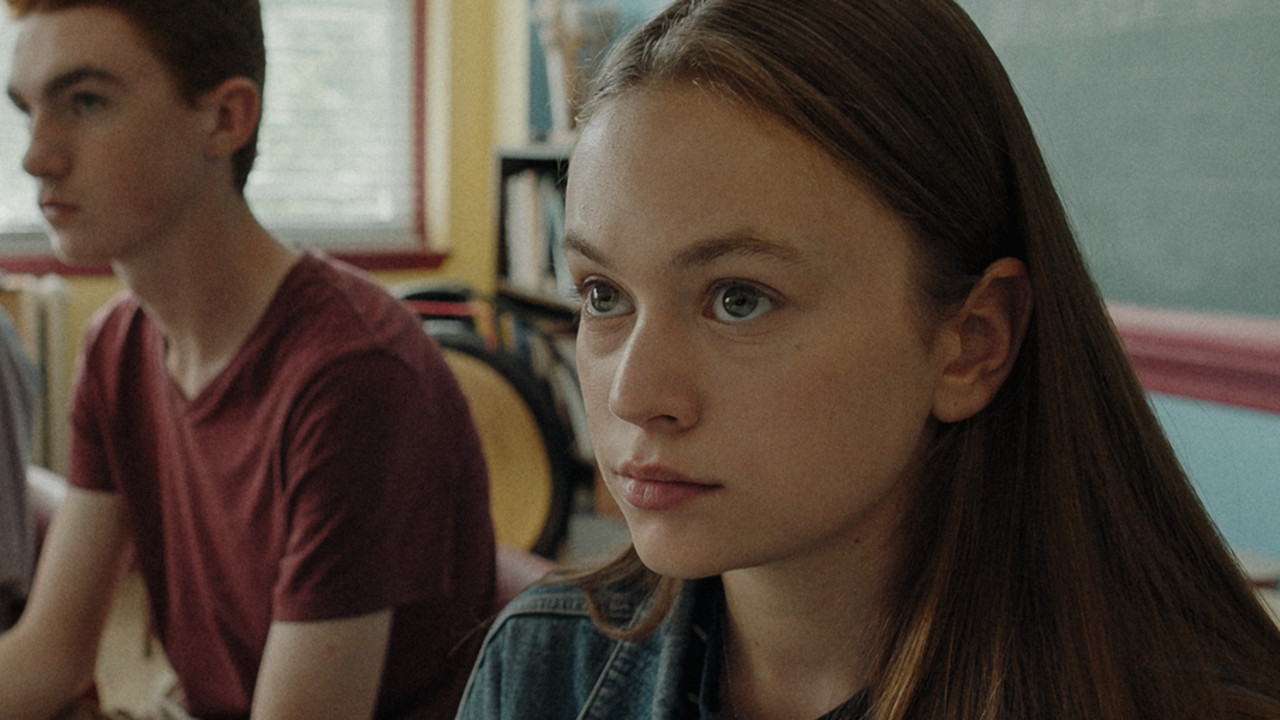 Set in suburban Newfoundland in 1987, Nicole Dorsey's debut feature Black Conflux is a dreamy account of two converging lives. Fifteen-year-old Jackie (Ella Ballentine) is navigating from vulnerable adolescence to impending adulthood. Dennis (Ryan McDonald) is a socially inept loner with a volatile dark streak and delusional fantasies of adoring women at his beck and call.

The film opens with Jackie auditioning for her school choir with a gorgeous rendition of "Hey, Who Really Cares?" by little-known 1970s psychedelic folk singer Linda Perhacs. It's a symbolic overture for a promising young woman from a broken home. Raised by her aunt and living under the cloud of all the failures endured by the women in her family, Jackie finds herself giving in to internal and external pressures — partying, skipping school, and hitchhiking — in search of her own identity. Her choices leave her speeding inevitably towards Dennis, whose car doubles as a venue for his violent desires.

Black Conflux is a vibrant and stunning debut, one that shies away from conventions common to small-town coming-of-age stories. Dorsey exhibits an inspiring cinematic style — both assured and mature — as she reflects on the past and her own experience.