Two sisters in a small Maine fishing village try to cover up a violent crime and avoid running afoul of the suspicious and threatening proprietor of the local brothel (Margo Martindale), in Danielle Krudy and Bridget Savage Cole’s atmospheric debut feature. 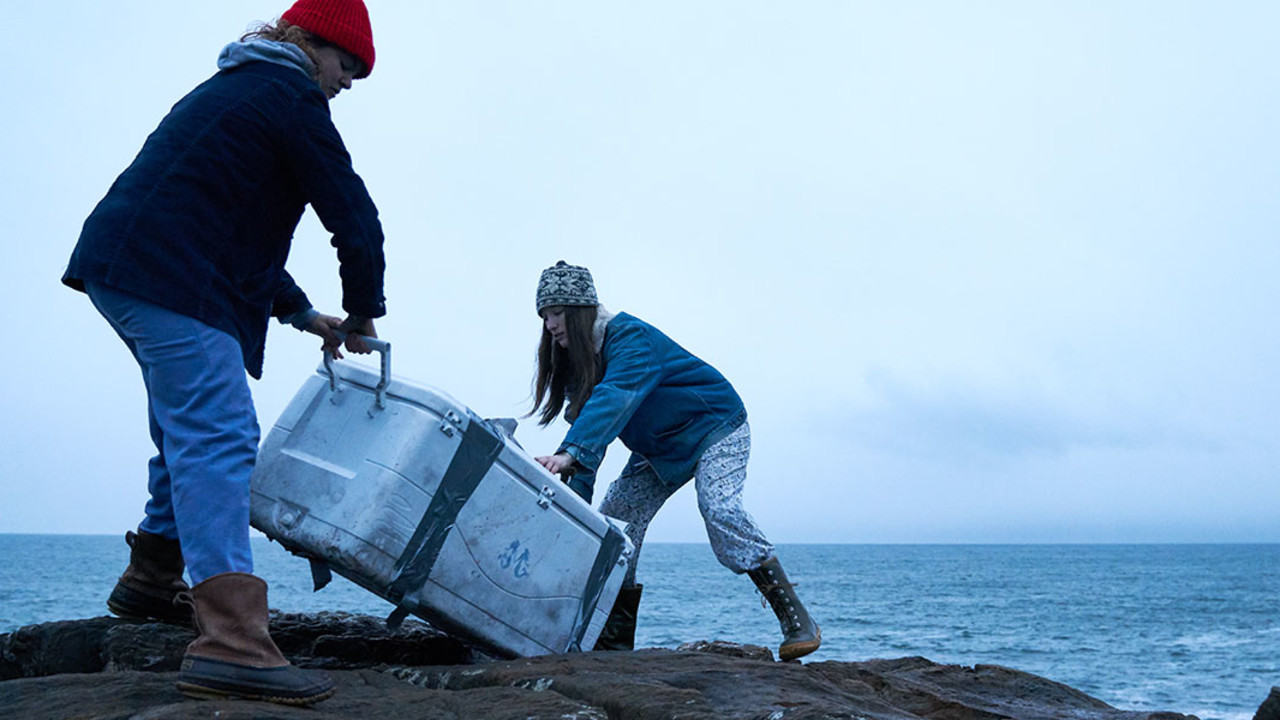 Blow the Man Down

In the small fishing village of Easter Cove, Maine, sisters Mary Beth and Priscilla have just lost their mother and come into nothing but new debts. When a fateful encounter in a local bar forces Mary Beth to kill a mysterious, dangerous stranger in self-defence, she turns to the more responsible Priscilla for help. The pair scheme to get rid of the body and work to keep their secret from the town's prying eyes. But Easter Cove is anything but sleepy and it's not long before the discovery of some clues has them on edge and under suspicion from a bonded trio of their mother's best friends, as well as a shady, sly brothel owner (played by Margo Martindale).

Already adept in establishing mood and tone, first-time filmmakers Danielle Krudy and Bridget Savage Cole construct a dingy and ominous atmosphere, complete with sea shanty interludes from fisherman. With an impeccable eye for detail, the directors build a realistic seaside community that seems picturesque on the outside and feels well-worn on the inside. Each development in this noir element–laden story is unlocked like a piece of uncovered, buried treasure. Filled with layered performances from actors Sophie Lowe, Morgan Saylor, June Squibb, and, of course, the incomparable Martindale, Krudy and Savage Cole's first feature is a witty mystery that keeps you guessing until the very end.