A bold new voice in Malayalam cinema, Lijo Jose Pellissery (Ee. Ma. Yau.) presents a portrait of a remote village in his hometown where a buffalo escapes and causes a frenzy of ecstatic violence. 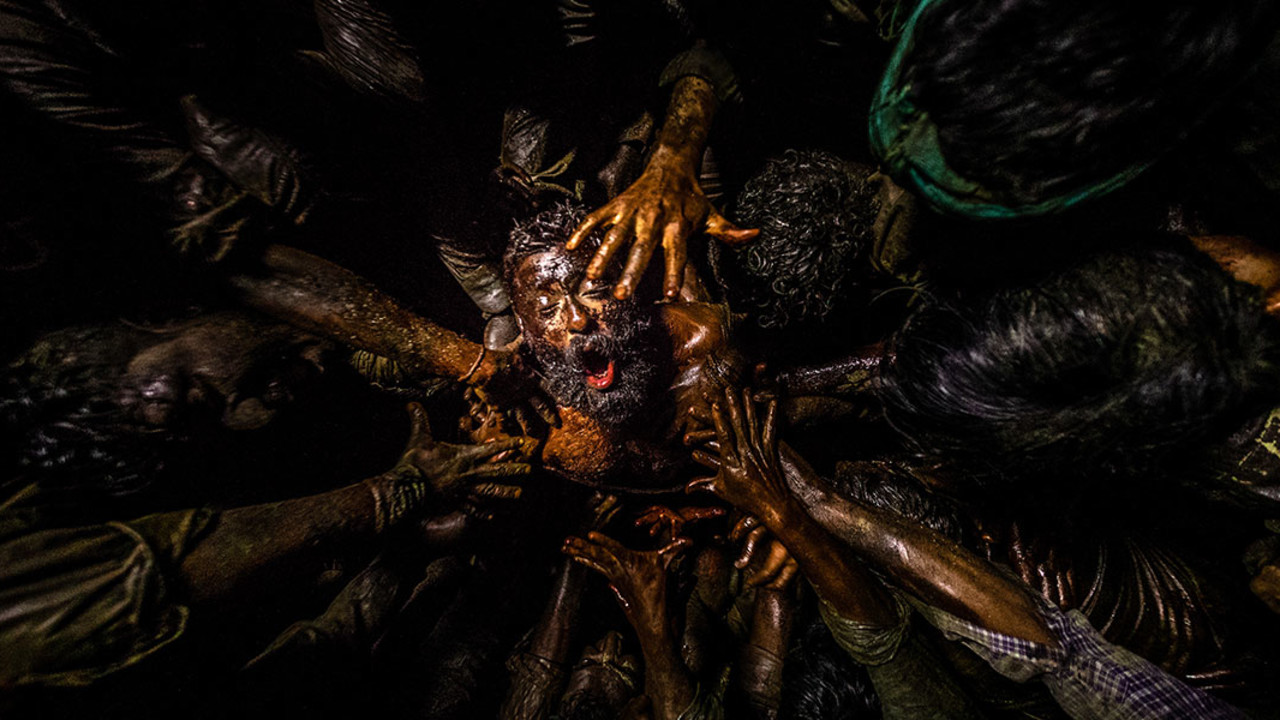 Jallikattu unfolds in a remote village in the hills of Pellissery's home state of Kerala, India, where a butcher's buffalo breaks free and runs amok, destroying shops and crops before vanishing into the surrounding woods. Various men from in and around the village assemble to hunt the animal down, forming teams based on old allegiances and grudges. But the buffalo proves more elusive than anyone expected, goading its pursuers into frenzies of communal bluster, which build towards a fiery climax in which violence breeds its own kind of ecstasy.

Based on a story by S. Hareesh — its title a reference to a traditional spectacle in which individuals attempt to wrangle a bull — Jallikattu examines our latent capacity for lawlessness and chaos. The film often works at a fevered pitch. Cinematographer Gireesh Gangadharan's cameras weave at high speeds through frantic crowds and careen along narrow forest trails, while composer Prashant Pillai's choral score is accompanied by a percussive orchestra of hatchets and machetes, insects and breath.

Pellissery and his collaborators have composed an apocalyptic cinematic symphony in which our moral and social fabrics are revealed as threadbare. There are dark desires underneath, and we are vulnerable to the ungovernable vagaries of nature.