Recently released from a youth detention facility, a young man hiding from his past poses as a priest in a small Polish town, where the healing he provides may not be enough to resolve his own test of faith. 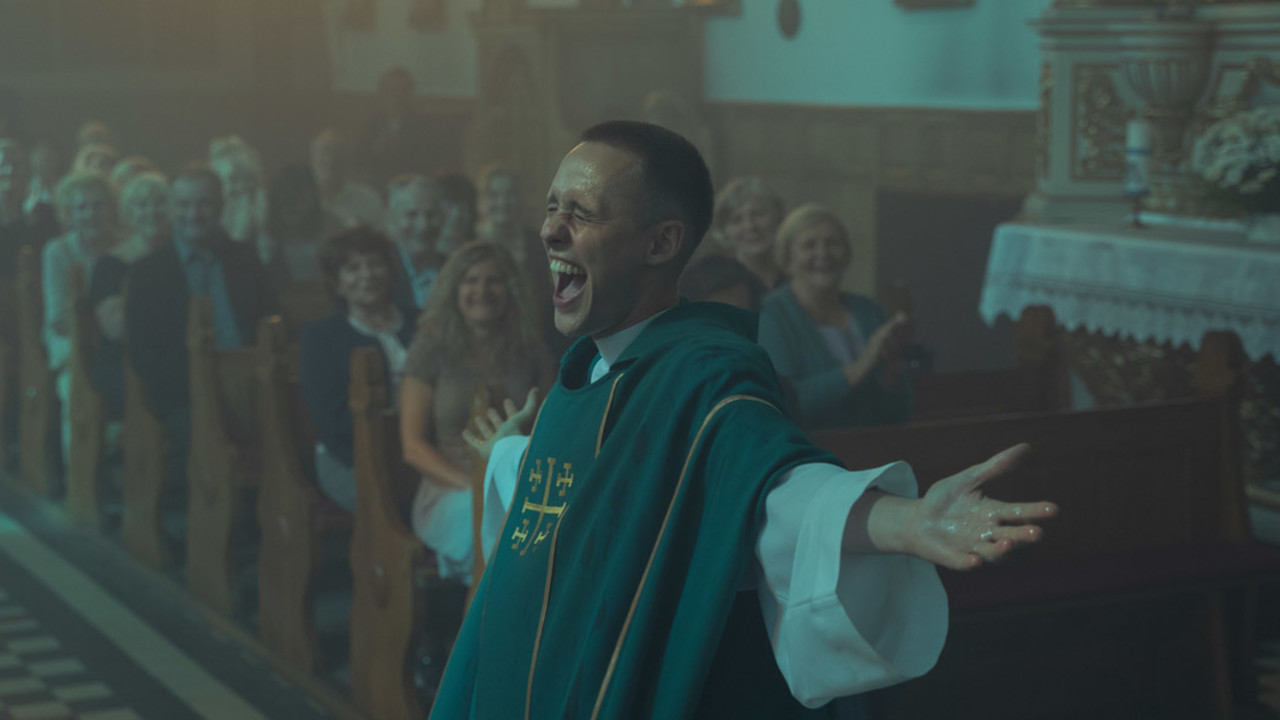 When the whole world is at odds and all seems lost, what is left? Corpus Christi is the story of 20-year-old Daniel (Bartosz Bielenia, a major talent on the rise), who, after serving a sentence in a youth detention centre for a violent crime, must face his inner demons while searching for redemption. Running from the troubles that haunt him and hiding from his past by posing as a priest in a small Polish town, Daniel is, clandestinely, given the chance for spiritual transformation. Meanwhile, the arrival of this charismatic young preacher provides an opportunity for his divided flock to begin healing after a polarizing tragedy. But not everyone is capable of forgiveness or deliverance, and following the road to salvation can also lead one astray.

As his past sins catch up to his already heavy and burdened conscience, Daniel's intentions are murky and the haven of religion may prove to be more than just a spiritual escape. Set in a country with increasingly blurred lines between church and state, Corpus Christi calls dogma and prostrating into question as Daniel's real test of faith ultimately presents itself at a moment when he's not at the altar.

Corpus Christi is the third feature by director Jan Komasa, whose disciplined and steadfast gaze makes for a gripping moral tale with effects that ripple beyond the screen, prompting reflection and soul searching. Can all be forgiven? Does everyone deserve a new beginning? And beyond that, does forgiveness come from above, or must it be sought within?