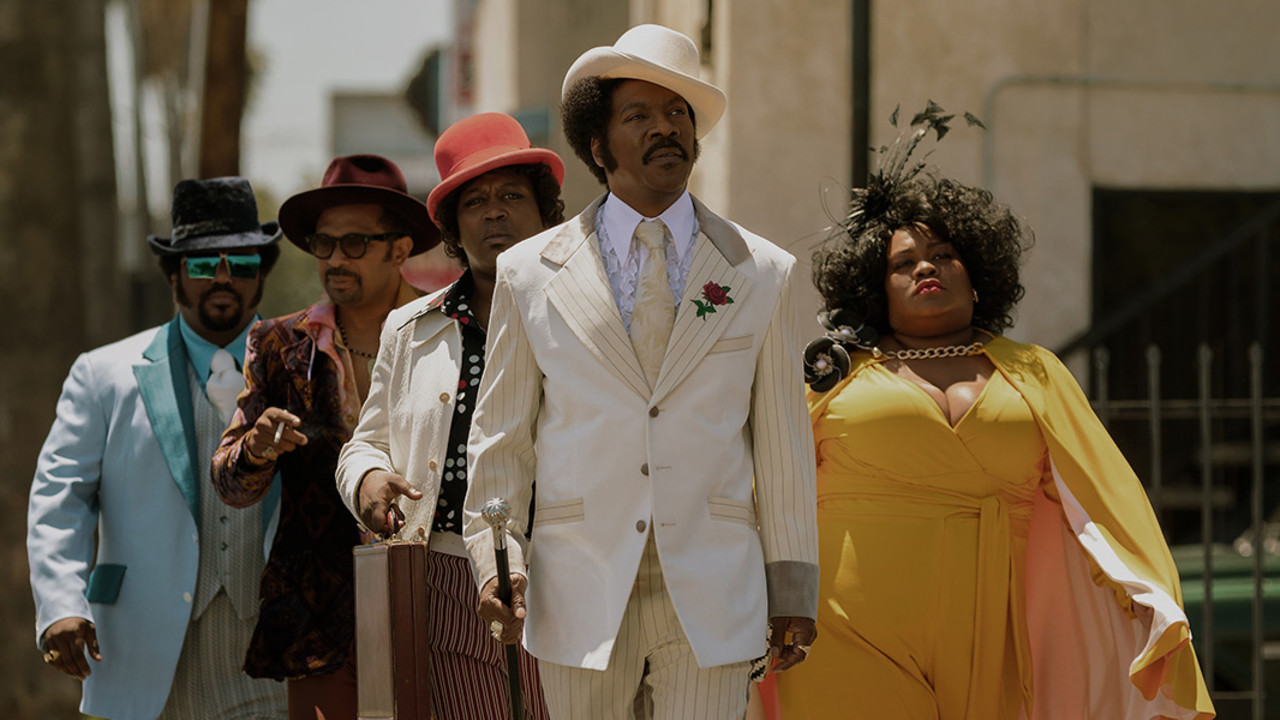 Dolemite Is My Name

Eddie Murphy has nothing left to prove. A prodigious talent since he was a teenager, Murphy redefined comedy in the movies, the clubs, and on television. Like all great groundbreakers, he knows his history. And so it's uniquely gratifying to see Murphy take on the role of one of his wildest inspirations, Rudy Ray Moore.

Dolemite Is My Name tells the story of Moore, a struggling singer and comedian working in a record store in early-1970s Hollywood. Every type of hustler populates the neighbourhood, most with a wicked repertoire of obscene insults. Moore begins picking up their patter, drawn from the rich African-American tradition of "the dozens." He creates a stage character, Dolemite the pimp, records some especially profane routines, and soon rockets from shop clerk to ghetto superstar. It's not long before he starts making movies.

From this movie's first needle drop to the arrival of a gleaming red limousine, the music, production design, and Ruth E. Carter's eye-popping costumes immerse you in glorious '70s excess. But the success of the film hinges on Murphy's performance. He could have made Moore simply his latest outlandish screen character, yet he also invests him with the ambition and focus of a true, American trash auteur. As his Rudy Ray Moore embraces the gratuitous violence and female nudity of blaxploitation cinema, he insists on his own kind of perfection from his Dolemite director, D'Urville Martin, played deliciously by Wesley Snipes. With a cast that also includes Craig Robinson, Keegan-Michael Key, Da'Vine Joy Randolph — in a role that works to counteract the gender politics that typified the era — Tituss Burgess, and some standout surprise cameos, Dolemite Is My Name is a celebration of Black creativity from one of comedy's greatest entertainers.