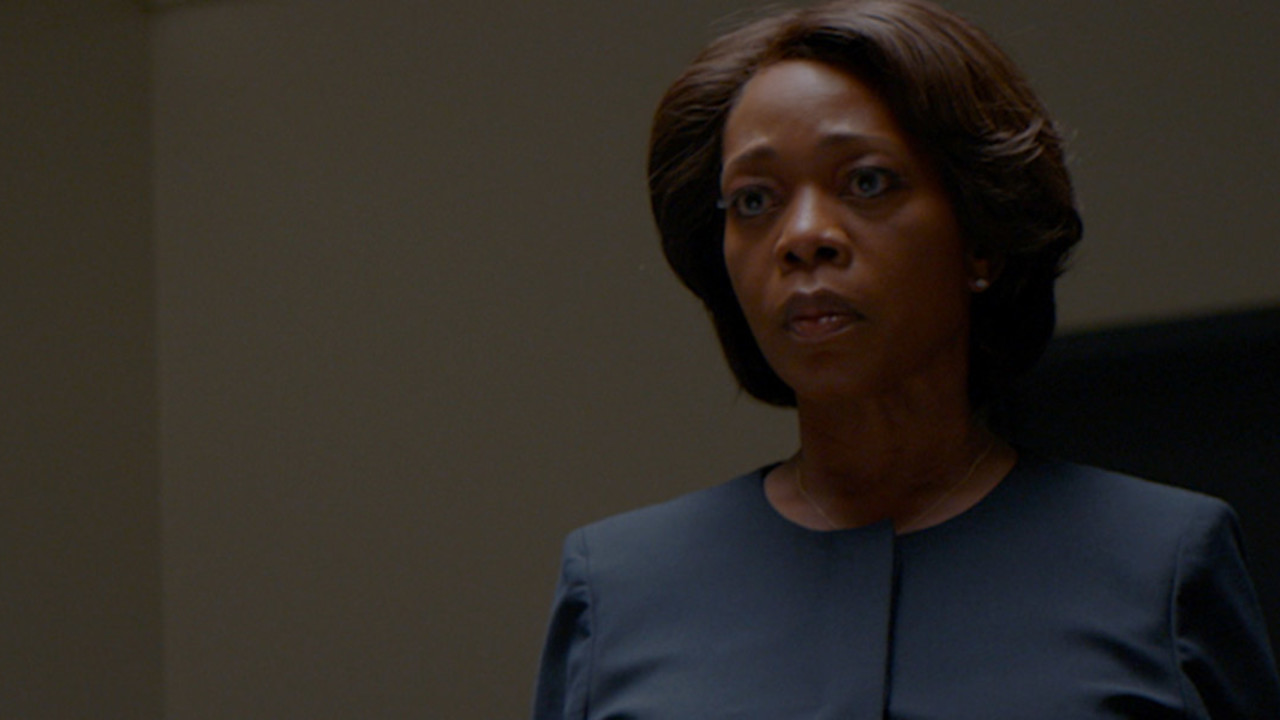 Acclaimed as a "brilliant" and "heartbreaking" performance, Alfre Woodard's work in Clemency was a key part of why the film won a Grand Jury Prize at this year's Sundance Film Festival. Under the skilled guidance of writer-director Chinonye Chukwu, Woodard provides a layered, nuanced portrait of a beleaguered prison warden that is best seen on the big screen.

Warden Bernadine Williams (Woodard) is a professional. She arrives at work every day to watch over death-row prisoners until they face execution or receive a rare, last-minute clemency. She takes her job seriously, doing her best to offer dignity to the men left isolated in her prison to contemplate what they did — or didn't do. Even when a lethal injection procedure goes wrong and throws the inmate's family into grief-stricken chaos, Bernadine never loses her cool. But when she goes home at night, she feels it.

Her husband Jonathan, played by Wendell Pierce (The Wire, Treme), is a schoolteacher still deeply in love with a wife who is growing harder and more distant. Anthony Woods (Aldis Hodge) is the next prisoner in line, and a complex man to reach. As his lawyer (Richard Schiff ) fights to prove Woods' innocence before time runs out, Bernadine struggles to maintain the neutral calm that defines her job but threatens to destroy her marriage.

From roles in John Sayles's Passion Fish to Steve McQueen's 12 Years a Slave to the occasional turn in Hollywood action fantasies (Captain America: Civil War), Woodard has always shown both gravitas and soul. Given the combination of a powerful leading role, Chukwu's probing camera, and her own remarkable skill, this American treasure delivers one of the finest performances of the year.