Dakota Fanning stars in this vivid adaptation of Camilla Gibb’s bestseller, set in England and Ethiopia, about an altruistic and devout young woman with a nomadic past seeking to reconnect with the man she loves. 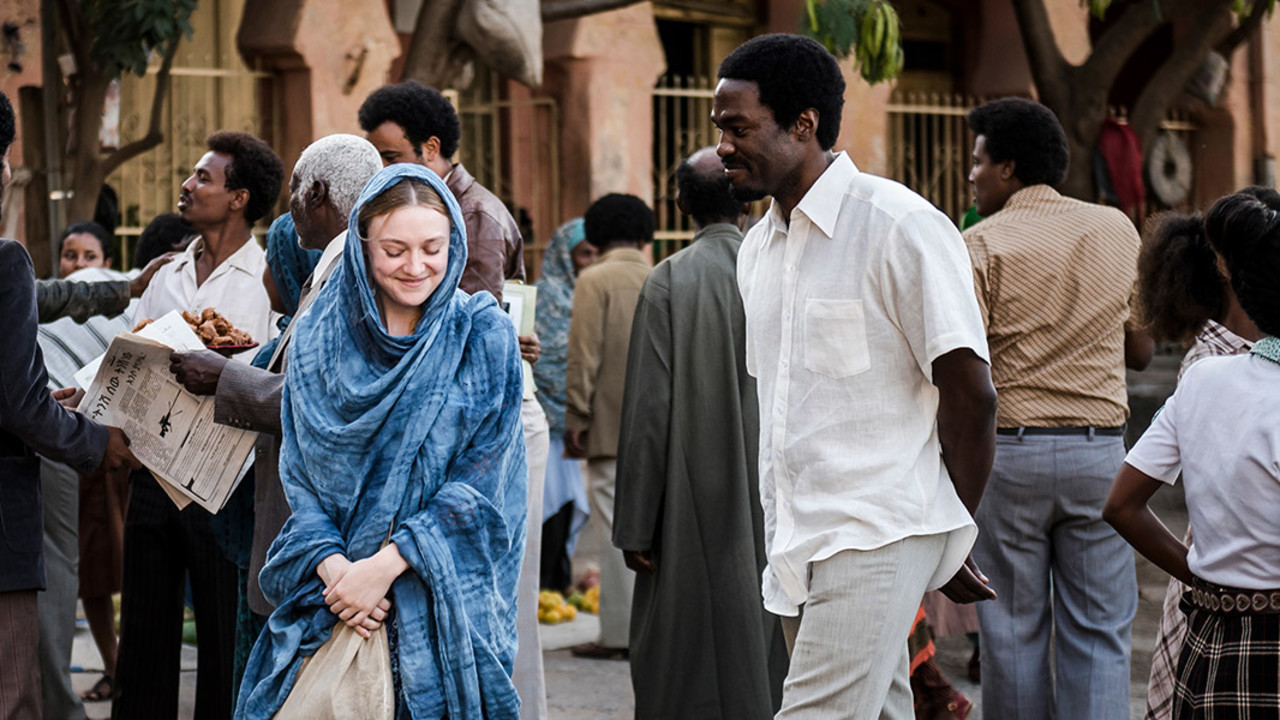 Sweetness in the Belly

Adapted from Canadian author Camilla Gibb's award-winning novel, this tale of religion, politics, and love moves between Ethiopia during the final years of Haile Selassie's reign and England on the cusp of Thatcherism. After an unstable childhood spent travelling with her hippie parents, Lilly (Dakota Fanning) is abandoned in a Moroccan village, where the spiritual teachings of a Sufi master provide her with the discipline to find acceptance in the Ethiopian city where she later settles. Lilly's orderly life is turned upside down, however, when outrage over the country's gross disparities spills over into revolution. Lilly is forced to flee to London, where her status as a white Muslim woman makes her far more of a pariah than it ever did in Ethiopia, while at the same time granting her benefits withheld from Black refugees.

Lilly is given a job and a small apartment, which she offers to share with fellow refugee Amina (Wunmi Mosaku), a young mother expecting her second child. Lilly also volunteers with a community association that helps refugees reconnect with family members. The work suits Lilly's innate altruism, though she has a more personal reason to access its services: she hopes to track down the idealistic doctor (Yahya Abdul-Mateen II) with whom she fell in love.

Director Zeresenay Berhane Mehari and screenwriter Laura Phillips gracefully translate Gibb's sweeping narrative into a well-organized, emotionally rich cinematic experience. Though set in the past, Sweetness in the Belly speaks pointedly to our present refugee crisis. But for all its big-picture resonance, this is also an intimate portrait of a woman determined to assert her own unique identity, one forged in circumstance and fortified by faith.