In this fiction-feature debut from documentarian Mahnaz Mohammadi (Mr. Vali), a widow who works tirelessly at a failing factory in sanctions-gripped Iran receives a marriage proposal that could mean financial security — but could also tear her family apart. 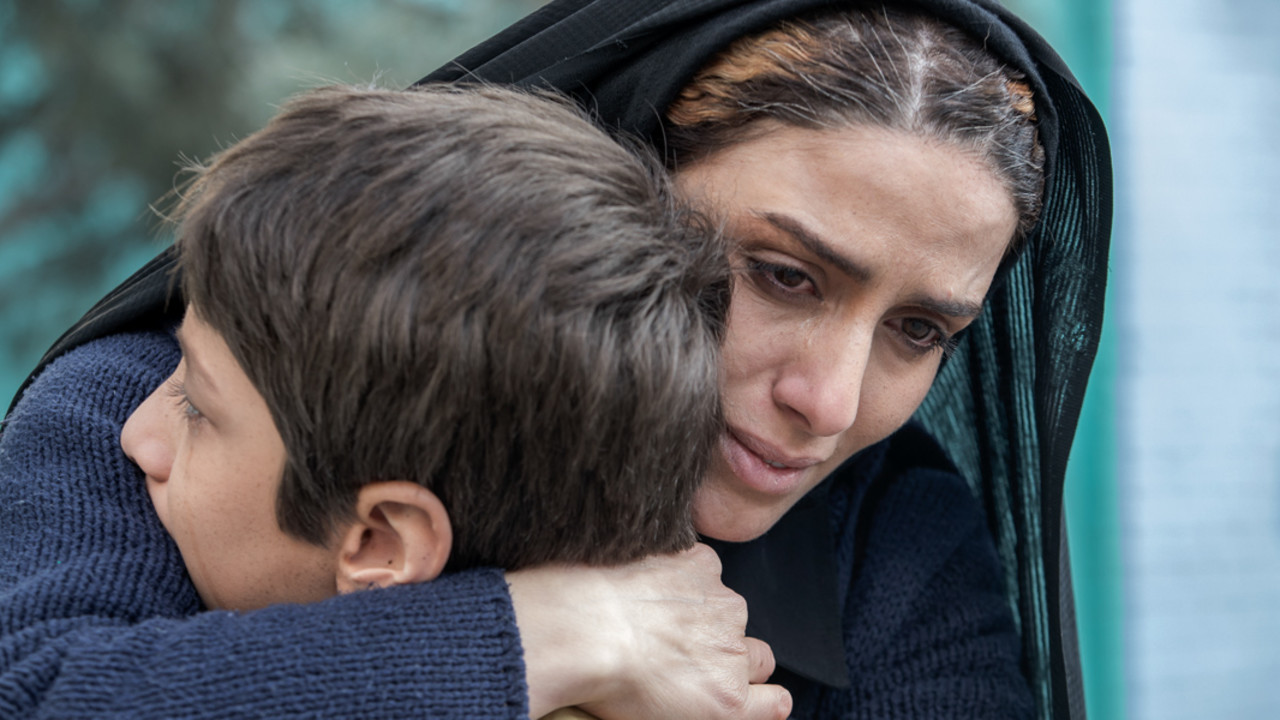 As economic sanctions tighten on Iran, it is the voiceless who suffer most. Leila (Raha Khodayari), a widow who works tirelessly at a failing factory, is trying to provide for her infant and her 12-year-old son, Amir (Mahan Nasiri). A solution to her financial hardships comes in the form of a marriage proposal from the factory bus driver, Kazem, who is eager to provide. Weighing heavily on Leila's conscience is one unwavering caveat: as Kazem has a young daughter of Amir's age, tradition and propriety dictate that Amir cannot share the family home. Under the judgmental eyes of her community and her hostile co-workers, Leila is forced to consider a utilitarian decision for her family that could also fracture it.

In her fiction-feature debut, Mahnaz Mohammadi draws on the compassion and patience she honed as a documentarian to craft an authentic story of a relationship between a mother and a son, threatened by their culture, in all its tense complexity. Dividing the film into narratives that show the experiences of each protagonist, Mohammadi masterfully uses focused, revelatory dialogue to draw out sensitive performances from her leads. The screenplay is penned by renowned Iranian director Mohammad Rasoulof, whose films Manuscripts Don't Burn (2013) and Goodbye (2011) were fêted at Cannes, with his most recent work, A Man of Integrity (2017), winning that festival's Un Certain Regard award.

Despite the authorities' ongoing efforts to silence the stories of independent Iranian cinema, Son-Mother assembles resonating voices, and introduces a new one in Mohammadi. It's a true discovery, birthed from struggle and passion.