Jeff Barnaby’s astutely titled second feature is equal parts horror and pointed cultural critique. Zombies are devouring the world, yet an isolated Mi’gmaq community is immune to the plague. Do they offer refuge to the denizens outside their reserve or not? 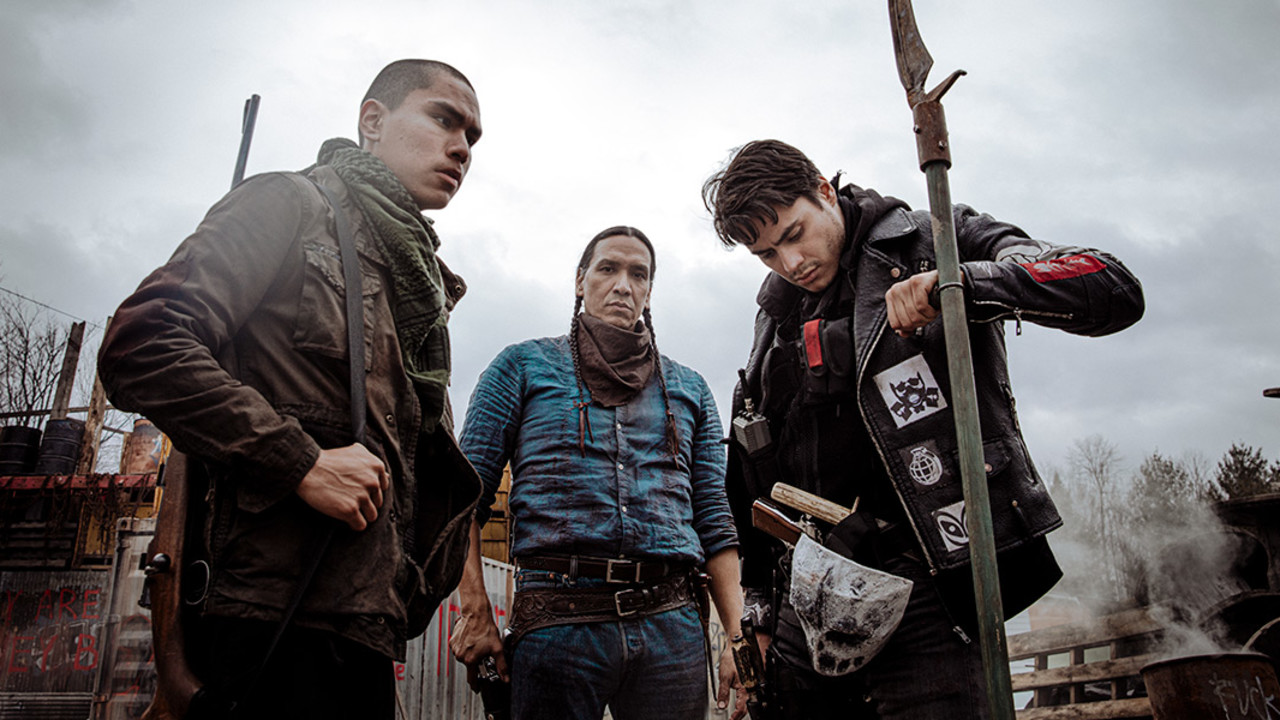 The term "blood quantum" refers to a colonial blood measurement system that is used to determine an individual's Indigenous status, and is criticized as a tool of control and erasure of Indigenous peoples. The words take on even more provocative implications as the title of Jeff Barnaby's sophomore feature, which grimly depicts an apocalyptic scenario where in an isolated Mi'gmaq community discover they are the only humans immune to a zombie plague. As the citizens of surrounding cities flee to the Mi'gmaq reserve in search of refuge from the outbreak, the community must reckon with whether to let the outsiders in — and thus risk not just the extinction of their tribe but of humanity, period.

The severe and scathing portrait of post-colonial Indigenous life and culture that Barnaby previously captured in the acclaimed Rhymes for Young Ghouls here deftly collides with the iconography and violent hyperbole typical of the zombie genre. The undead are spectacularly and gruesomely dispatched via samurai swords, chainsaws, shotguns, and makeshift axes, while the living - a terrific ensemble cast led by Michael Greyeyes (Woman Walks Ahead and Fear the Walking Dead) — endure the paranoid pressures that such dire straits foment. In this iteration, however, Barnaby takes full advantage of the canvas zombie films regularly afford for cultural critique, exploring racism, colonialism, and the very real threat of extinction that Indigenous communities have experienced for generations.

Further accentuated by arresting animated chapter breaks that instill a cool comic-book aesthetic to its horrific proceedings, Blood Quantum is as powerful an entry into the annals of zombie cinema as the devastating conclusion to George Romero's 1968 original Night of the Living Dead, and a meaningful demonstration of how marginalized voices — when given the opportunity — can resurrect a tired genre with incendiary new life.