The powerful new film by Hlynur Pálmason (Winter Brothers) centres on a grieving police officer in rural Iceland (Ingvar E. Sigurðsson) who turns his vengeful sights on a neighbour he suspects may have had an affair with his now-deceased wife. 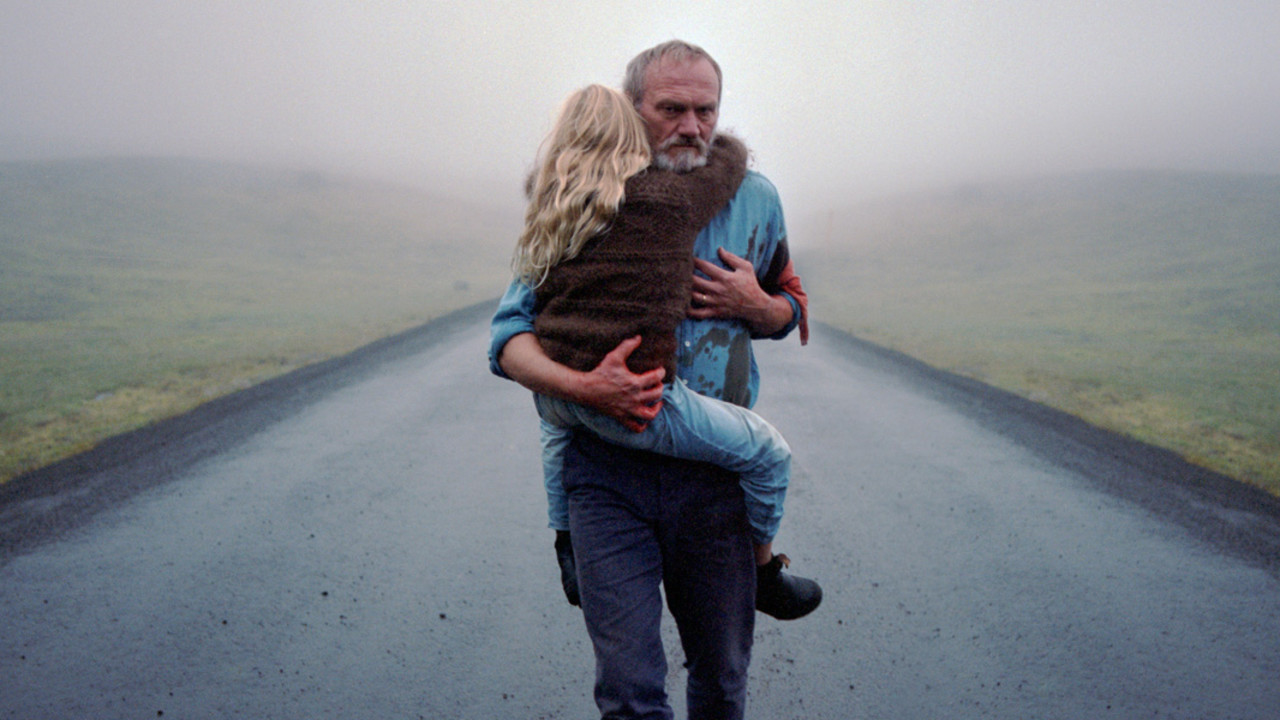 The powerful new film by Hlynur Pálmason (Winter Brothers) opens with an old Icelandic saying: "When the earth and sky unite and everything is white, there is no difference between the dead and the living." On one level, this aphorism poetically describes the thick mists that can suddenly, almost magically descend upon the country's rural areas; on another, it describes the mental state of the film's hero, Ingimundur (Ingvar Sigurðsson), a police officer on bereavement leave after the sudden loss of his wife (Sara Dögg Ásgeirsdóttir) in an accident. As his world literally falls apart around him (he keeps tearing down and rebuilding the house he was working on when the accident occurred), Ingimundur searches for someone to blame. He zeroes in on a neighbour whom he suspects may have had an affair with his wife, but his pursuit of vengeance winds up endangering those nearest to him, most notably his young granddaughter (Ída Mekkín Hlynsdóttir).

Pálmason renders this study of madness and loss with the same rigorous formal sense he brought to his stunning first feature, and he's aided by a fine cast — chiefly his lead, Sigurðsson, long hailed as one of Iceland's greatest actors, who here delivers what may be his finest performance to date. (He was given a special award for his performance at Cannes' Semaine de la Critique, where the film debuted.) Helpless, courageous, monstrous, and terrified all at the same time, his Ingimundur is a powerful portrait of a man consumed by guilt and sorrow.