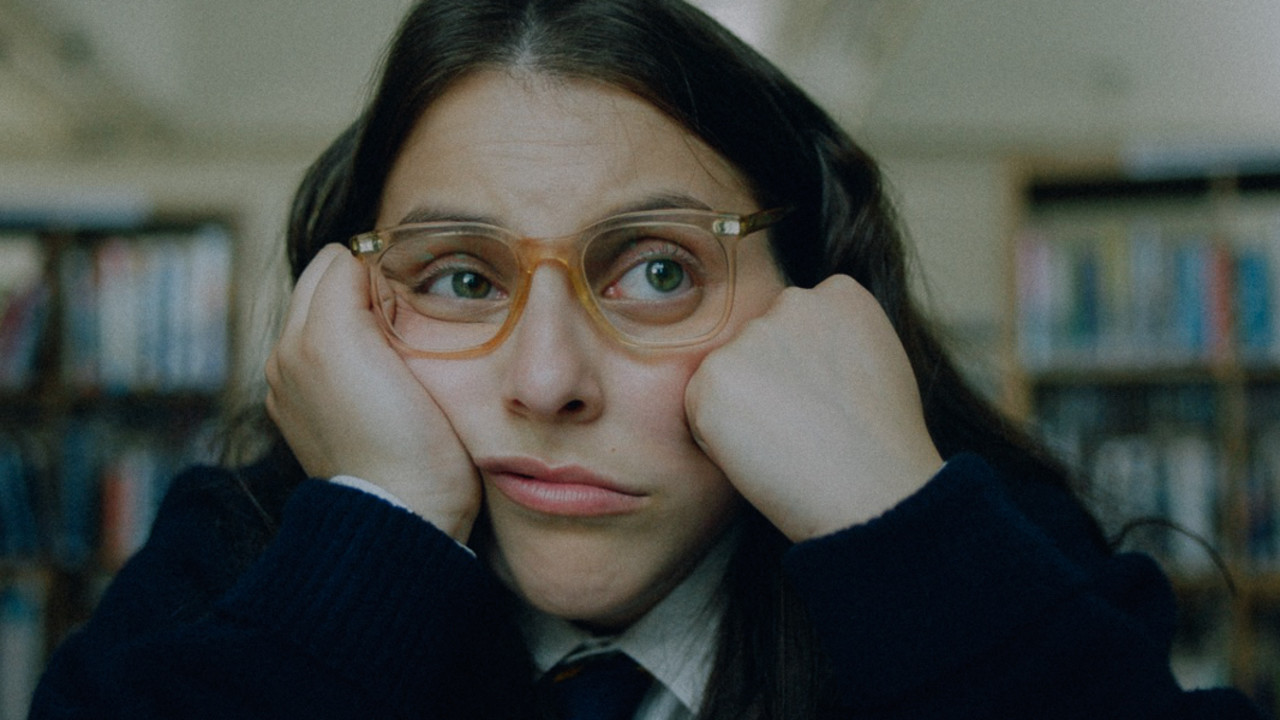 How to Build a Girl

Set in England in the 1990s, this giddy fusion of coming-of-age comedy and rock 'n' roll debauchery charts a sweet, geeky teenage girl's meteoric rise to music critic infamy. Based on Caitlin Moran's semi-autobiographical novel and directed by Coky Giedroyc — last at the Festival with the world premiere of Women Talking Dirty — How to Build a Girl is about discovering your best self by unleashing your nastiest one.

With her bedroom wall decorated with images of beloved heroes such as Julie Andrews and the Brontë sisters, Johanna Morrigan (Booksmart's Beanie Feldstein) has no shortage of enthusiasms — if only just one of them could help her seem cool. Johanna's Wolverhampton home is crowded with four brothers, one depressed mum, one failed drummer turned unlicensed dog breeder dad (Paddy Considine), and countless border collies, and there's precious little income to go around.

Thankfully, Johanna hits the jackpot: she responds to a London music magazine's call for new writers, and while she knows virtually nothing about contemporary music, her plucky insistence lands her gigs reviewing concerts and records. Sensing that cutting sarcasm curries more favour with her editors than fan-girl plaudits, Johanna reinvents herself as Dolly Wilde, a flamboyantly mean, sexually voracious scenester with a penchant for pithy takedowns. Her new persona makes her a star. But it may cost her her soul.

Brimming with great music, wild escapades, and memorable cameos from Chris O'Dowd, Alfie Allen, and Emma Thompson, How to Build a Girl is a cautionary tale about growing up fast, and slowing down just enough to get to know who you really are.