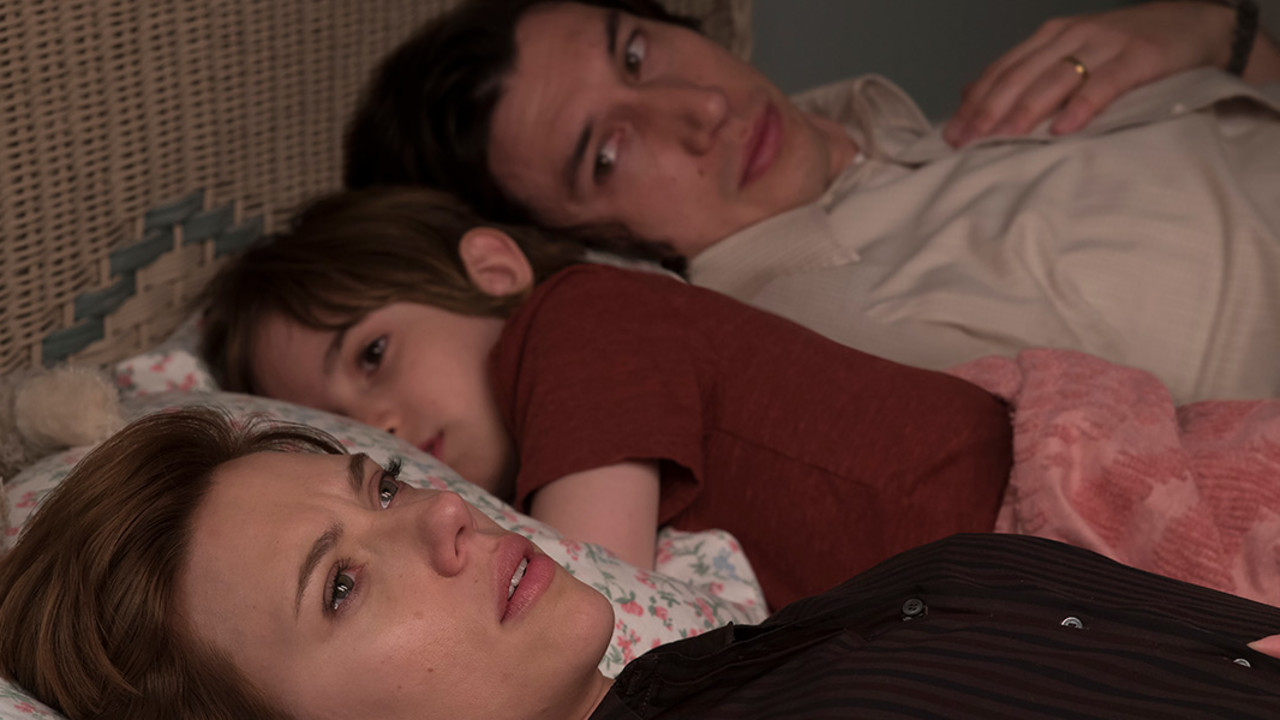 Revisiting some of the themes that made his Oscar-nominated TIFF 2005 selection The Squid and the Whale so resonant, writer-director Noah Baumbach digs deep into divorce with Marriage Story. Adam Driver and Scarlett Johansson — the former also at TIFF this year with The Report, the latter with Jojo Rabbit — deliver some of their richest work as a couple whose once enviable union crumbles under the weight of mounting resentments and divergent needs.

Charlie (Driver) is a playwright who wants to stay in New York. Nicole (Johansson) is an actor who's landed a coveted television role that requires her to relocate to Los Angeles. Their geographical dispute tests an already strained relationship. As Marriage Story begins, the couple's divorce is already underway, with each enlisting legal squads deploying various tactics.

Yet Baumbach's elegant narrative goes back and forth through time, showing how Charlie and Nicole fell in love and built a life together alongside a detailed, blow-by-blow chronicle of their marital dismantling.

Baumbach's wise script goes from Bergmanesque drama, to dark comedy, to surges of suspense, and is complemented by the intimate 35mm camerawork of Robbie Ryan (who also shot Baumbach's The Meyerowitz Stories (New and Selected)), and by the precise, lived-in performances not only of Driver and Johansson, but also of Laura Dern, Alan Alda, and Ray Liotta.

Marriage Story may have an ironic title, but its divorce proceedings double as a moving post-mortem. Sometimes our most profound life choices begin to cohere only in retrospect.