In this subtle and charming drama, an aging slacker finds his comfortable status quo and family dynamic disrupted when his ex-wife and her current partner decide to move from Argentina to Paraguay and take his children with them. 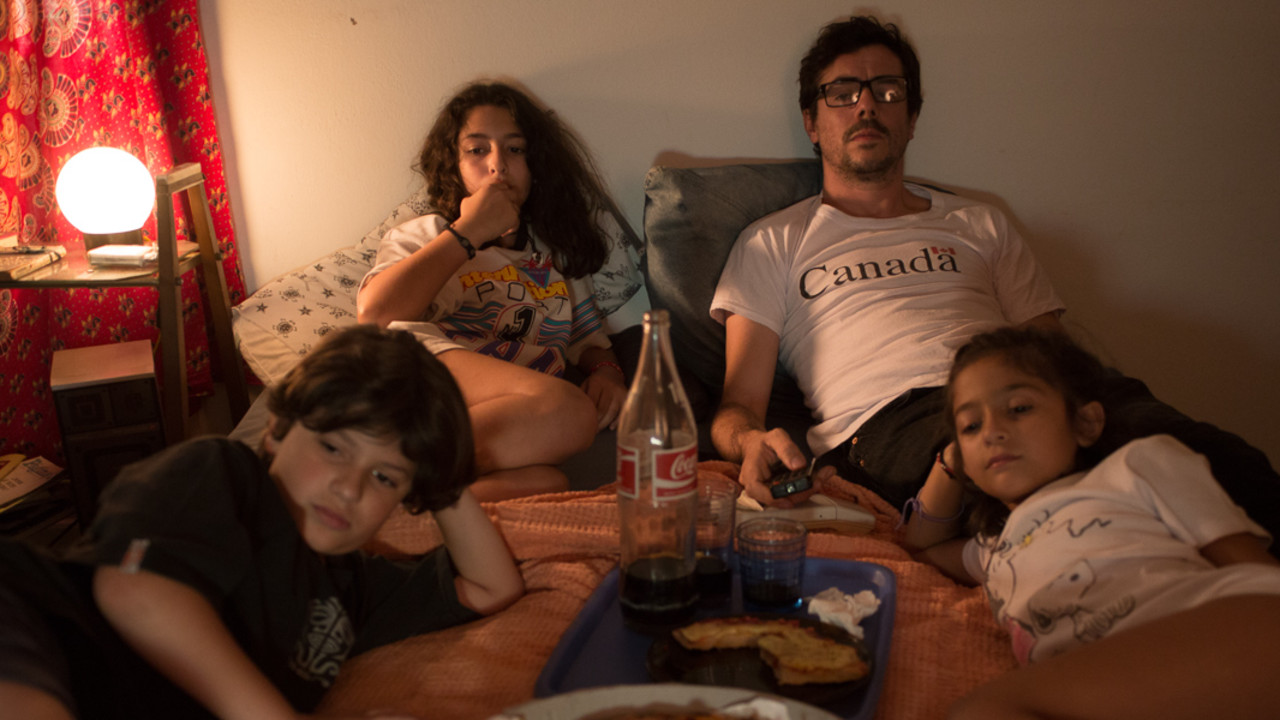 Set in Argentina during the economic slump of the 1990s, writer-director Ana García Blaya's feature debut is a poignant, semi-autobiographical portrait of a family fractured by fraught circumstances and unruly personalities, but united by an invincible love.

Aging slacker Gustavo (Javier Drolas) lives for three things: fútbol, rock 'n' roll, and his children. Having separated some years ago, Gustavo and the kids' mother Cecilia (Jazmin Stuart) share custody and remain more or less amicable, despite Gustavo's inability to adhere to timetables or generate enough income to cover his share of the expenses. Gustavo runs a record store with his old buddy Néstor (Sebastián Arzeno), but business is poor, with bargain-priced pirate cassettes comprising the bulk of their sales.

This tentative status quo is upset when Cecilia announces that she and her current partner want to start a new life in Paraguay — and take the kids with them. Gustavo is in no position to argue, but Amanda (Amanda Minujin) — the eldest sibling, and at nine years old already accustomed to taking on adult responsibilities — is determined to stay with her father in Buenos Aires.

García Blaya has created something far more subtle, charming, and resonant than your boilerplate family drama. Grounded in beautiful, lived-in performances (especially from Drolas and Minujin), The Good Intentions depicts the series of incremental negotiations — both within the family and within the hearts of each of its members — that must transpire in order to move forward without leaving behind what's most precious.