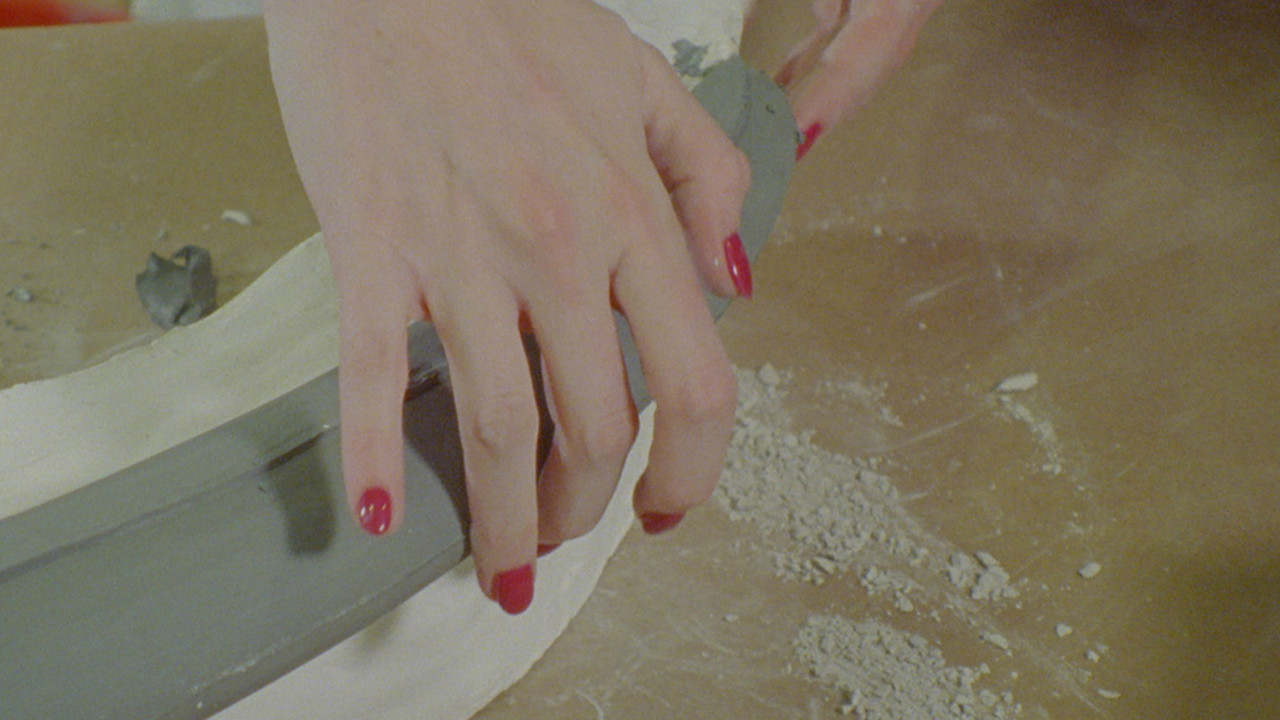 Those That, at a Distance, Resemble Another

Playing as part of Those That, at a Distance, Resemble Another preceded by Heavy Metal Detox

Those That, at a Distance, Resemble Another is the debut feature by Argentinian-British artist-filmmaker Jessica Sarah Rinland, the culmination of a series of equally elegant short- and mid-length works produced over the past several years. Extending from Rinland's ongoing research into natural habitats and various forms of preservation, the film traces, with sinuosity and exactitude — via chapters and accompanying detours — the production of a lab-engineered replica of an elephant tusk. The film gradually opens up to reflections on ecological and museological conservation, fabrication materials, and authenticity.

Shooting on warm Super 16mm, Rinland balances the sterility of her work's lab environment setting with a sumptuous colour palate and the magnification of textures. More warmth comes from repeated shots of hands, almost exclusively shown uncoupled from bodies — in close-up and in action. Throughout, we watch these hands undertake a series of tasks with care and precision, a hypnotic progression of gestures blurring the line between science and art making.